Established during the American Revolutionary War as the Continental Navy it achieved limited success against the British despite being severely disadvantaged in ships and gun and sailors. Following Independence It became the U.S. Navy with the Naval Act of 1794. This act also called for the construction of six heavy frigates the first three delivered were named the USS United States, USS Constellation and USS Constitution.

Barbary Pirates posed a security risk for merchant ships and Navy ships were deployed to protect the trade goods. In the early 1800's they even blockaded Barbary ports.

The U.S. Navy was victorious in many encounters with the British Royal Navy including conflicts in Lake Erie and Lake Champlain. This lead to victory in New York state. However, they encountered tough going on areas of blue water and the eastern seaboard ports where the British setup blockades. The Navy also had difficulties preventing the British from landing troops.

Following the ending in 1815 of the War of 1812 ships were sent to the Caribbean defeating and ending piracy in the region.

From 1846-1848 the U.S. Navy was utilized as a troop transport and in blockades. They landed 12,000 army troops at Veracruz that captured the city. They also blockaded Mexican ports in the Baja of California and helped capture all of the peninsula as well as the rest of California.

The first battle of ironclad warships occurred at Hampton Roads in 1862 between the Union's USS Monitor and the Confederacy's CSS Virginia. However the Union had a significant advantage on the water successfully blocking ports cutting a supply line for the South.

The construction of steel-hulled warships began in the 1880s and marked a large technological and capacity leap. The dreadnoughts brought the U.S. Navy on par with the navies of Germany and Britain. The era and tactics of the battleship had begun.

Transporting and protecting shipping of doughboys of the American Expeditionary Force (AEF) across the Atlantic Ocean to Europe was the U.S. Navy primary task. The U-Boat infested waters posed a tremendous risk. Mine laying was also performed by a number of vessels so equipped in the North Sea.

The advent of powered aviation and its first appearance on the battlefield in World War I, the next logic step was aviation at sea and aircraft carriers were born. The USS Saratoga (CV-3) and USS Lexington (CV-2) were built laying a deck on the body of a battle cruiser. They were followed by the USS Yorktown (CV-5), USS Enterprise (CV-6) and USS Wasp (CV-7). They would play a critical role in the next conflict.

Battleship production restarted in 1937 with the USS North Carolina (BB-55) and the U.S. was growing a large fleet in the Pacific. The Japanese attack of 7 December 1941 on Pearl Harbor in the Territory of Hawaii brought the U.S. officially into World War II. Fortunately, the aircraft carriers were not in port providing a platform on which to strike back.

Carriers, cruisers, battleships, destroyers, escorts and submarines were among the Navy ships deployed in all waters around the globe numbering over 6700 by war's end a tribute to American shipbuilding and affiliated industries.

The U.S. Navy has provided both offensive and defensive activities around the globe including missions of humanitarian aid. Nuclear carriers and ballistic-missile submarines project power along with all the other supporting and special capability vessels.

There are a number of notables who served in the Navy. John Paul Jones of the Revolutionary War was the father of the U.S. Navy a title he co-holds with John Berry. Oliver Hazard Perry defeated the British on Lake Erie during the War of 1812. Doris Miller a cook manned his ship's guns during the attack on Pearl Harbor. David McCampbell, leading Medal of Honor recipient, Navy Ace and F6F Hellcat pilot. Chester Nimitz lead the Navy during World War II in the Pacific. Neil Armstrong a naval aviator during the Korean War becoming the first to walk on the moon. Michael Thornton, U.S. Navy Seal, Medal of Honor recipient, Vietnam War. James Stockdale, aviator, MOH recipient, POW, Vietnam War. 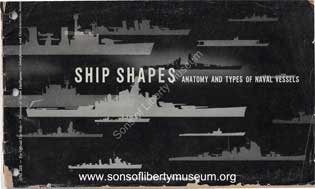