The 96th Infantry Division wasn’t kidding on April Fool’s Day. On April 1, 1945, two regiments of the “Deadeye” Division stormed ashore at Okinawa, where for nearly three months the Division was to come up against some of the worst fighting of the whole Pacific war.

Okinawa was the second big campaign for the Deadeyes, who took their nickname because of their marksmanship pro-ficiency during their nearly two years of training in the United States. Activated in August 1942, with a cadre drawn from the 7th Infantry Division, they sailed for Hawaii in July 1944, and continued training there—meeting up with the 7th, back from Attu. On October 20, the 96th entered combat, landing at Leyte in the first hours of General MacArthur’s invasion of the Philippines.

The men who wear the overlapping blue and white diamonds, standing, respectively, for courage and purity, helped to liberate Leyte in two months of fighting. Their Division paper, the Deadeye News, ran a daily box score of “Good Japs”—dead ones—and by the end of the Leyte campaign the 96th had 7,000 notches on its collective rifle. It had a good collection of Jap souvenirs, too, including one of the largest of any war—a whole Jap cannon collected by four enterprising artillerymen who towed it behind a carabao back to their battery.

Remaining on Leyte during the start of the Luzon operation, the 96th was re-equipped and got set for its next job—Okinawa. Hitting the beaches under Tenth Army command, with its brother Division, the 7th, at its side, as it had been on Leyte, the 96th immediately claimed one distinction when one of its sergeants, racing in 600 yards with a precious bundle on his back, firmly implanted the first American flag on the soil of the Ryukyus.

Then came weeks of steady fighting against fanatical resis-tance from Japs who had to be burned and dug out of hidden caves. The Deadeyes swarmed over Tombstone Ridge, and, in mid-May, hit their hardest opposition at Conical Hill, overlook-ing the Yonabaru Airfield. When the 96th took Conical Hill, on May 14, it deprived the Japs of their last good observation point on Okinawa. Then the Division gobbled up the airfield. A month later, the Deadeyes cracked the center of the Jap southern defense line by taking Yaeju Hill and pushed on to the south. Just a day before the official end of the campaign, which was announced on June 20, the assistant commander of the 96th, Brigadier General Claudius M. Easley, was killed in action. A crack shot himself, he had had much to do with the sharpshooting of the rest of the Deadeyes—men like Private First Class Clarence Craft, who won nationwide fame for killing 30 of the enemy during his first combat action, and breaking a stalemate that had held up two regiments for ten days.

Seven thousand dead Japs had seemed like a substantial number on Leyte, but by the time the Deadeye News got around to printing box scores at the end of the Okinawa campaign the figure had been left far behind. By then, the Deadeyes’ collection of “good” Japs had reached the impressive total of 20,000.

There are 46 soldiers of the 96th Infantry Division World War II still listed as missing in action. 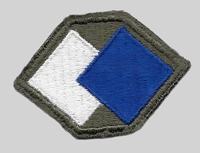